PEEK INSIDE MY RELATIONSHIP WITH UNDERWEAR

My relationship with underwear has, for as long as I can remember, been a strong and fulfilling one and I have proudly found myself among a community of men who share that feeling.

I remember that coming of age moment when underwear suddenly became important.

Shortly after Christmas, one year a relative who had received some Calvin Klein briefs passed them over to me as he wasn’t a “briefs” man and this pair were a size small.

From that very moment I discarded the generic brand “three pack” boxers my mother had bought me and vowed never to wear anything that did not look and feel at least as good as those CK’s did.

I hear some of you saying, “Calvin Klein …Boo..Booring!” yet this was 18 years ago and they were having their moment…

I did however move on to bolder things.

I never let another person buy my underwear again and searched department stores high and low for good underwear.

One garment however never made it into my basket, it was always there, staring back at me like an enigma of underwear hanging on the higher hook left of all the underwear, the jockstrap.

It was some years later that I was working for a local cricket club and one evening whilst locking up the pavilion I grabbed the door of the changing room to lock.

Like a bolt of pure electricity running through me, I saw a white waste band hanging off a peg.

I bundled that Jockstrap up into my bag and got out of there faster than I ever had before.

At home, I raced upstairs, undressed and tried on my first ever Jockstrap.

I went into sensory overload, how could something so inanimate cause such a response?

I knew then this would be a life long partnership and I wasn’t wrong.

Of course nowadays I can simply appreciate a Jockstrap for its feel, functionality and appearance without loosing my head but I haven’t lost my respect for wearing good underwear.

People make a huge effort with their outward appearance these days but from my experience in the locker room, some men still fail to make that final leap of effort when it comes to what holds their most treasured possession.

Age and experience has helped to broaden my outlook on sexuality, inner confidence and indeed underwear.

I have no shame in saying I am far from complete in my journey.

JockLover calls the UK home & caught the attention of turnipStyle while on Twitter. A correspondence began, who wouldn't want to be friendly with such a handsome chap? Over the last couple years a friendship grew and JockLover has become a part-time contributor at turnipStyle both on the podcast and the online magazine! 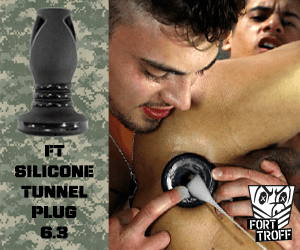